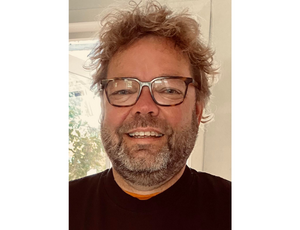 The whole community of Jagiellonian University is welcome, both lecture and workshop are open to all students and employees of our university.

To be ’unheard' is a fundamental condition and premise for experimenting, structurally excluded and consequently un-mediated art practices – in the ‘grand’ archives (in the sense, that they are not ‘on the shelves’) as well as in the construction of the cultural contexts and social memories (history).

To reconstruct the unheard avant-gardes requires an experimental and transdisciplinary set-up, as well as a reworking of the theoretical framing of curating, its epistemological premises.

The unheard avant-gardes were often in the forefront of a cultural and technological transformation of and in its day. Historically, it formed its own networks and worked from there. It should be noted that the term ‘avant-garde’ does not refer to a specific (artistic) genre or group or period or style or whatever (that may be). Essentially western in its source, the ‘avant-garde’ as term for is already fraught with certain references and ‘exclusivity’ within the Western ‘art-world’. However, those constructions and structures of exclusion  are precisely what is shaping the unheard condition, and thus the reappearance of unheard avant-gardes and their (somewhat) hidden networks is something that ’mirrors’ both the ‘transition regimes’ as well as the cultures of change in the modes and modalities of the production of knowledge in a distributed, post-digital culture.

Thus, the ‘unheard condition’ of these ‘experimental, often non-western, and always non-conforming art practices’ is as fundamental an aspect in the understanding of the formation of ‘grand’ archives, as it is a key-element in an analysis of change and transition regimes in the cultures of computing (Law, Star) – and how science and art perform in and respond to those transformations. On one level, the existence of unheard avant-gardes is the mark of mediated, fugitive and ephemeral strategies and tactics in the art practices that emerged in the late 1950s and during the 1960s. On another level, it is revealing a true ontological gap between a western and male-dominated socially constructed world and ‘everything else’ non-western, non-human, etc. - if there ever was one this is it! – and the reappearance of the unheard avant-gardes may very well prompt us to rewrite history.

My talk will show-case and discuss the transdisciplinary theories and methods deployed in three archive-projects I directed and curated: ‘MAP – Media Art Platform’ (2004-08), ‘Show-Bix recollected’ (2003-08) including the exhibition in Aarhus Kunsthal in 2015, and ‘The Unheard Avant-garde’ project (2010-14), including the exhibition at ZKM in Karlsruhe in 2012.

Think of ways you could exhibit the knowledge your Ph.D. project produces. Does it produce ‘an archive’ of object or knowledge in any way? What would be in that ‘archive’ of your project? Does it address ‘transition regimes’ in any way? Present your exhibition idea to your colleagues in plenum for discussion.

Morten Søndergaard (PhD) is an internationally active curator and researcher in the histories, theories and cultures of transdisciplinary practices merging technology, media, art and societal trajectories. From his master thesis on the method of Michel Serres in-between poetry, art and science (1995) to the Phd on unheard avant-gardes in Denmark (Show-bix and the Danish media poet Per Højholt) (2007), the line of inquiry draws on the analysis of transdisciplinary practices and epistemological questioning regarding the complexities of human and non-human relations, as well as a general study of the overarching question regarding experiencing and evidencing posthumanity. He is the (co/)author of several books, including: Get Real: Real Time + Art (George Braziller, 2005), SHOW-BIX and the Media Conscious Practice of Per Højholt (2007), (w. Peter Weibel) Magnet (2008), (w. Mogens Jacobsen) Re_action (2009). Curator of Stelarc’s Internet Ear Project and Biotopia – Art in the Wet Zone (2010-11) as well as the Biotopia Revisited docu-exhibition at LEA’s digital platform (2012). Curator of the Unheard Avant-garde section of the Sound Art – Sound As Medium of Art exhibition (w. Peter Weibel) at ZKM (2012)

Formerly the Curator / Deputy Director and head of archive-research at the Museum of Contemporary Art in Denmark, since 2014 he is Academic Director of the Erasmus Master of Excellence in Media Art Cultures at Aalborg University, Denmark. 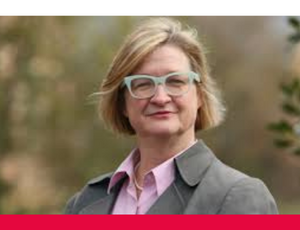 How should the digital legacy of a political leader be archived, managed, and interpreted in the era of social media and ubiquitous computing? Connection, transparency, access, and participation are common themes in political rhetoric and also potential vulnerabilities for the virtual state. Based on interviews with White House insiders, archival research, and hundreds of digital corpora, this presentation extrapolates from the scholarship behind the author’s forthcoming book that reveals important insights about the extensive record of data from Barack Obama and Donald Trump as presidents and Hillary Clinton and Joe Biden as presidential candidates. This talk also looks at how such a digital legacy exists in a larger rhetorical and political historical context. For example, the Trump administration was quick to take down many public records made digitally available in the Obama era and even removed records about troop mobilization that had been posted during the pre-Obama Bush era of Republican political control. This context also involves having digital humanists consider issues about personalization and surveillance, as the Obama administration reversed longstanding cookie policies from the Bush and Clinton White Houses. At the same time as official digital archiving practices might be noteworthy, it is also important to acknowledge the labor of DIY archivers and hacktivists, such as the maintainer of the Trump Twitter Archive. Finally, this presentation will dramatize the importance of reconstructing missing digital objects of study, such as the White House website designed for would-be president Hillary Clinton, which is not available to researchers and may become irretrievably lost without a clear mandate for preservation.

Accompanying this lecture there will be a workshop for interested participants about the politics of the digital humanities with hands-on practice derived from government sources and other state-sponsored forms of public information to discuss best practices for meeting the ethical and methodological challenges of digital humanities research.

Elizabeth Losh is the Duane A. and Virginia S. Dittman Professor of American Studies and English at William & Mary and a Fulbright U.S. Scholar to Estonia in 2021-22 at Tallinn University. Previously she directed the Culture, Art, and Technology Program at the University of California, San Diego.

She is the author of Virtualpolitik: An Electronic History of Government Media-Making in a Time of War, Scandal, Disaster, Miscommunication, and Mistakes (MIT Press, 2009), The War on Learning: Gaining Ground in the Digital University (MIT Press, 2014), Hashtag (Bloomsbury, 2019), and Selfie Democracy (MIT Press, 2022). She is the co-author with Jonathan Alexander of Understanding Rhetoric: A Graphic Guide to Writing(Bedford/St. Martin's, 2013; second edition, 2017; third edition, 2020). She also edited the collection MOOCs and Their Afterlives: Experiments in Scale and Access in Higher Education (University of Chicago, 2017) and co-edited Bodies of Information: Intersectional Feminism and Digital Humanities (Minnesota, 2018).