In the winter semester 2020/2021 all classes are held remotely

The Project Doctorate for the Future financed by NAWA in the JUDSH from 2021!

Admissions to the JU Doctoral School in the Humanities

Last Friday, for the first time, the Jagiellonian University held the university final of the competition for PhD students of Coimbra Group 3-Minute-Thesis Jagiellonian University (CG 3MT JU). Due to the epidemiological situation, the participants competed remotely. The winner was Dominika Werońska, a PhD student at the Doctoral School in the Humanities in the Linguistics Doctoral Programme.  Read More o 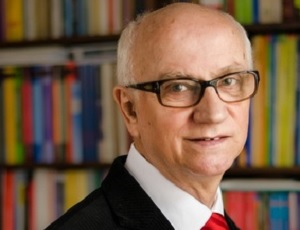 For many years Polish linguists did not pay any attention to the Polish language outside Poland, to the fact that our language has become widespread in the world. Although Witold Doroszewski's first work on the subject, a monograph on the Polish Language in the United States of America (1938), appeared before the war, due to the political situation it did not influence the interest in this problem. It is worth noting that Doroszewski's book was ahead of the classical world works on the subject: Languages in contact. Findings and problems by Uriel Weinreich (1953) and The Norwegian language in America: a study in bilingual behavior by Einar Haugen (1953). Weinreich's and Haugen's work initiated a study in linguistic contact and bilingualism and multilingualism in world sociolinguistics.

Summarizing the post-war research on the Polish language used in the Polish community, Stanisław Dubisz distinguished the following periods: the years 1945-1970, when few publications describing foreign interference in the Polish community were published.  The second period, i.e. the years 1971-1990, includes a significant revival of the work carried out within the framework of Polish community research of the nature of interdisciplinary ethnic studies. The third period closes in the years 1990-2004. This is the phase of the first summaries and syntheses of Polish community research, its dissemination in many academic centres in Poland, as well as new methodological findings and the undertaking of new research areas. The last period, which started after 2004, is dominated by the issues of bilingualism and multilingualism, linguistic and communicative competence in a multicultural society, relations between language and identity of its bearers and users, the situation of the Polish language in the world (Dubisz 2015:7-14).